Fellowship of Fans > News  > A First Look At The Orcs In The Rings Of Power: Our In-depth Analysis 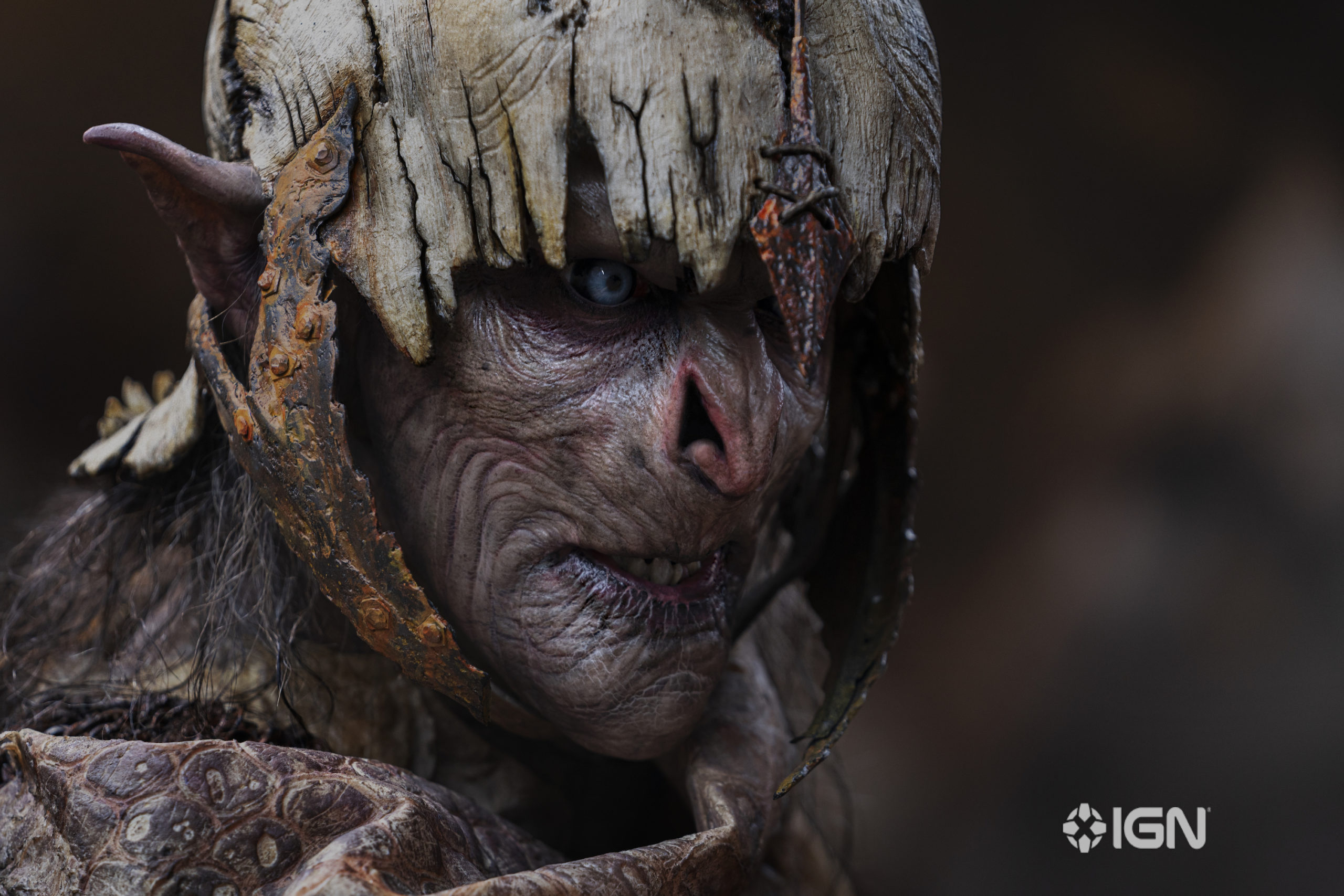 Amazon’s marketing campaign for The Rings of Power continues to develop steadily, but with some recent high impact hits. After the video released a few days ago, which portrayed a child’s intent on discovering his passion for the world of Tolkien, Amazon decided to give fans a first taste of the orcs, and the result was nothing short of exciting. The army of evil represents one of the most anticipated elements of the whole show, and thanks to the images shown by IGN, we got to understand not only the vision of the production towards these creatures, but also the quality with which they were made. 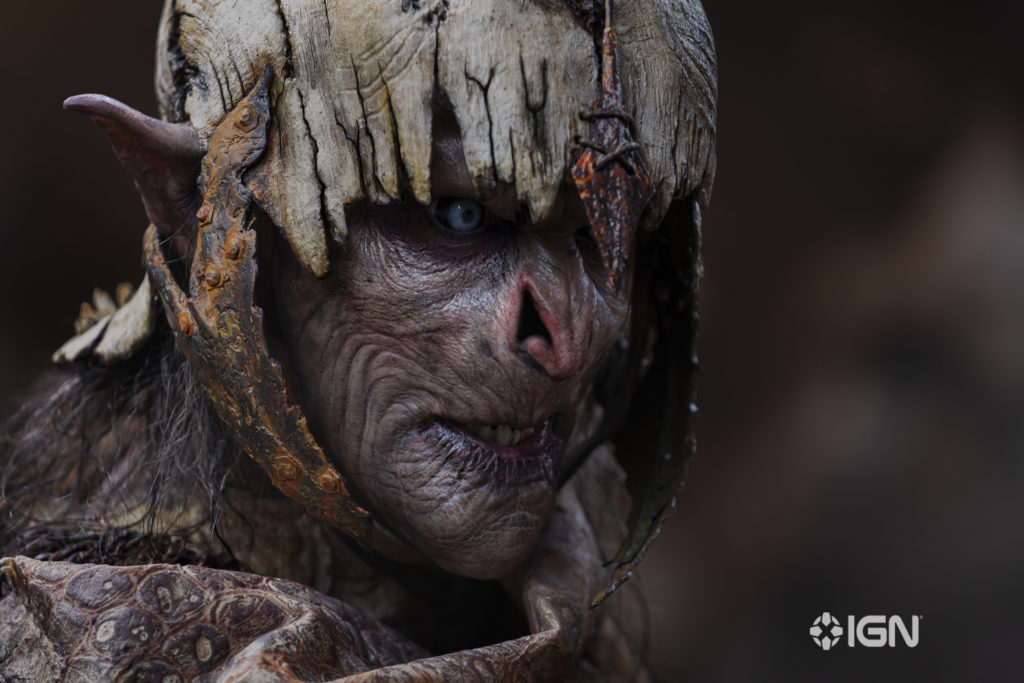 The Orcs of The Rings of Power: our in-depth analysis

The first element that catches the eye is certainly the way in which the production approached these creatures. The orcs of the show, in fact, will be made in prosthetics and not with CGI; exactly like in the Lord of the Rings. This choice is dictated by the strong desire to bring a product that is as “real” as possible, and that can allow the practical effects to shine on the small screen. As we see in the images, the level of attention to detail and the quality of the work is extraordinary, and the craftsmanship of the creatures is refined to the highest level. The result is that in The Rings of Power we will have orcs looking very similar to Jackson’s, but with more ancient, menacing and fearsome traits. 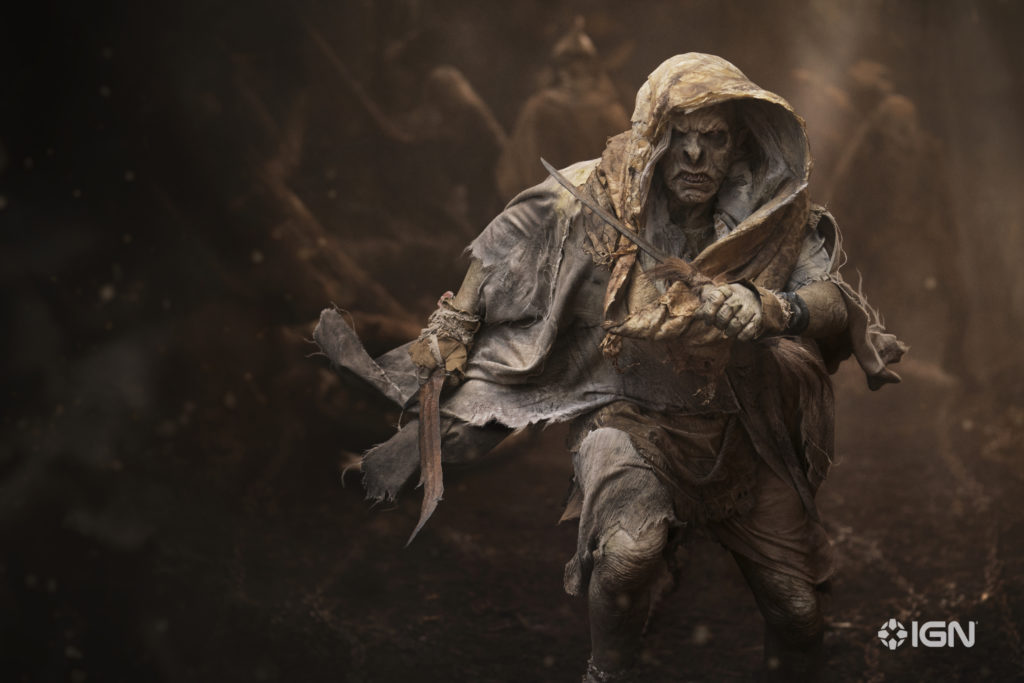 Another feature that emerges from these promotional images is the depth of the work that has been done on the orcs. Each set of armor or clothing is designed based on the situation that the creatures are experiencing at that moment, and the design of the same refers to an older and more brutal Middle-earth, in which the orcs, initially struggled to impose themselves, were forced to hide and survive until their new lord arrives. In the show, the free peoples of Middle-earth believe that orcs are extinct, and no one imagines seeing them again following the fall of Morgoth. However, their appearance will be a tremendous shock to everyone, and it will be interesting to see the impact and interactions they will have with the various characters of the first season. In the image above we can see an orc dressed as a raider of the desert, intent on making a foray into the village of Tirharad (based on our leaks), 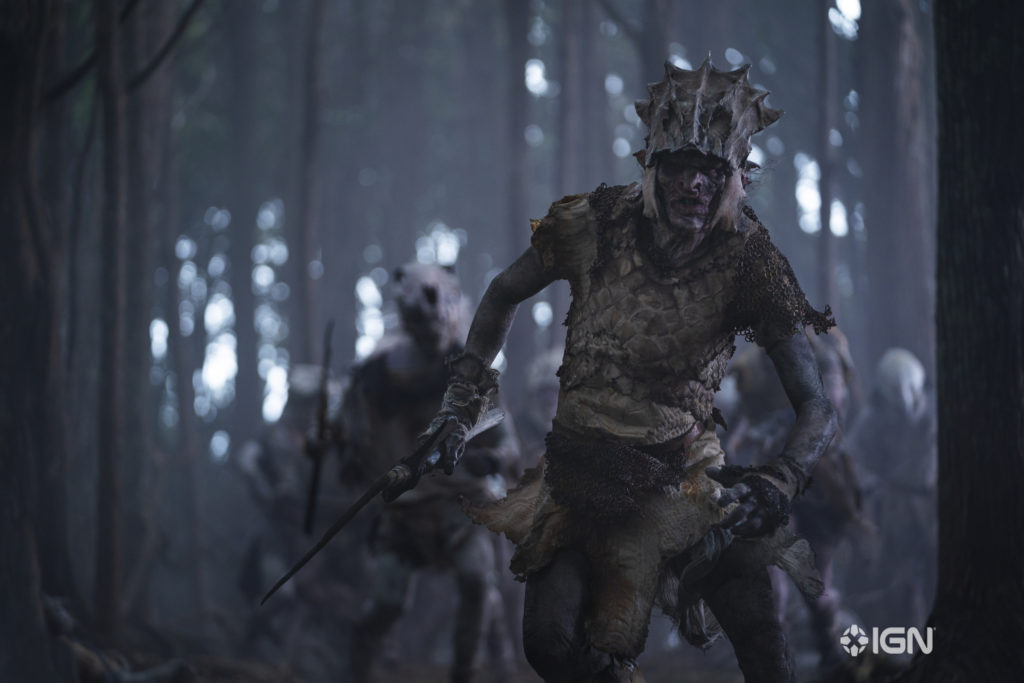 Returning to the armour, it is beautiful to note how the army of evil uses vestments made of bones and carapace not only to defend themselves effectively, but also as a protection from sunlight. The style of these orcs vaguely recalls some of them appeared in the games “Shadow of Mordor” and “Shadow of War”, in which these creatures have been masterfully made, through always very different and refined designs. According to what we have learned from our leaks, Amazon’s work towards the army of evil will also affect the categorization of the various subjects, given that we will have various types of orcs, from warriors to explorers. 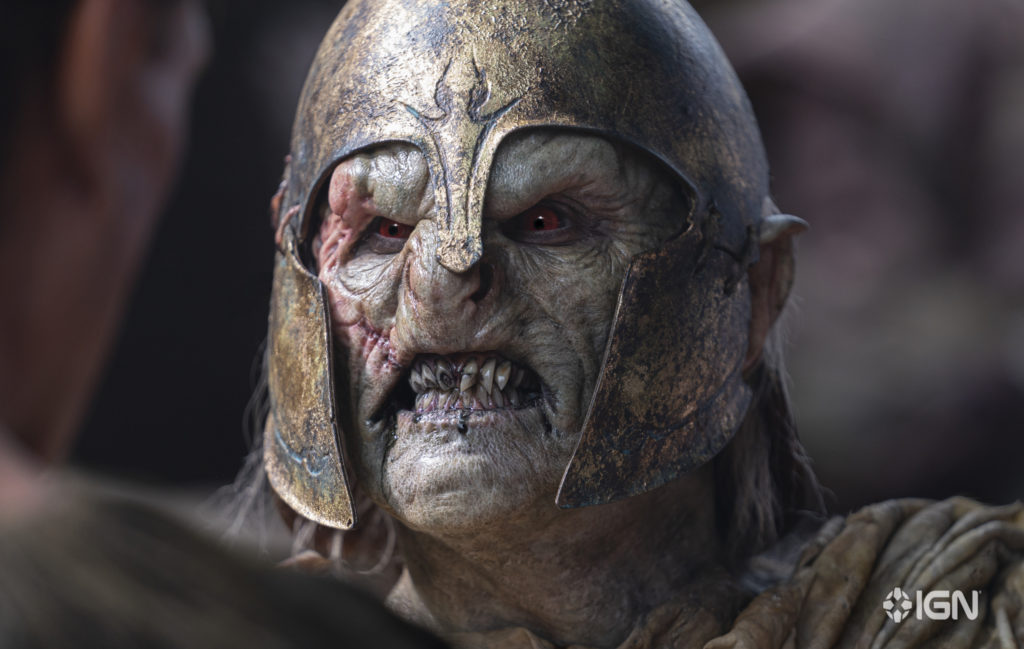 We come to a very important news: in the show there will be some female orcs. A touch of class from the production, which with this move has managed to expand the world of orcs from a visual point of view, while remaining faithful to the books. In fact, in the Silmarillion we read that “the orcs reproduced exactly like the sons of Iluvitar”, an element that makes it clear how this race managed to reproduce. Tolkien himself, in a 1963 letter, suggests that female orcs actually existed, but “that little was known about them”. Amazon wanted to stage this novelty to expand and deepen this race, giving it greater depth. In this image we can see an elven-made helmet on the head of a female orc, and this element also winks at the Professor writings. in fact, in the Lord of the Rings, we read that the orcs used to collect and wear the pieces of armor they found, and this scene is a clear example. 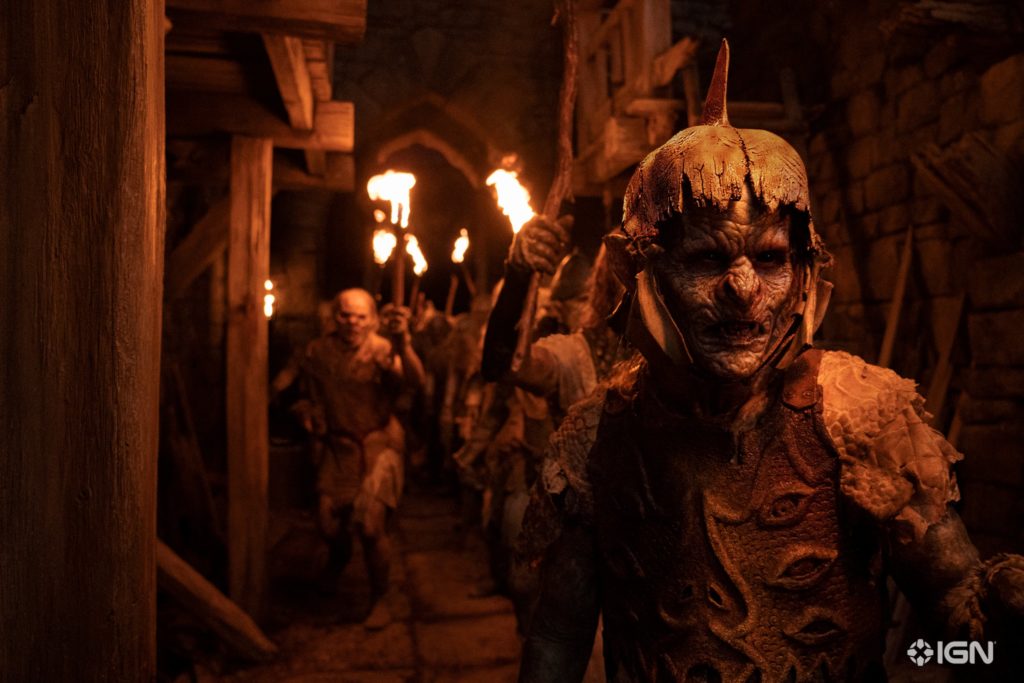 In the last image we will analyze there is a detail to note. The symbol of an eye is repeated on the armor of the orc in the foreground, which we know is one of the trademarks of Sauron himself. During the first season, however, it will not be the Dark Lord who takes the stage, but Adar, an original Amazon character who will serve as the show’s first antagonist. From the very little information in our possession, we know that this mysterious character is an elf who has fallen into corruption, and that he will lead a group of orcs during the raids in the village of Tirharad, in search of a mysterious artifact. 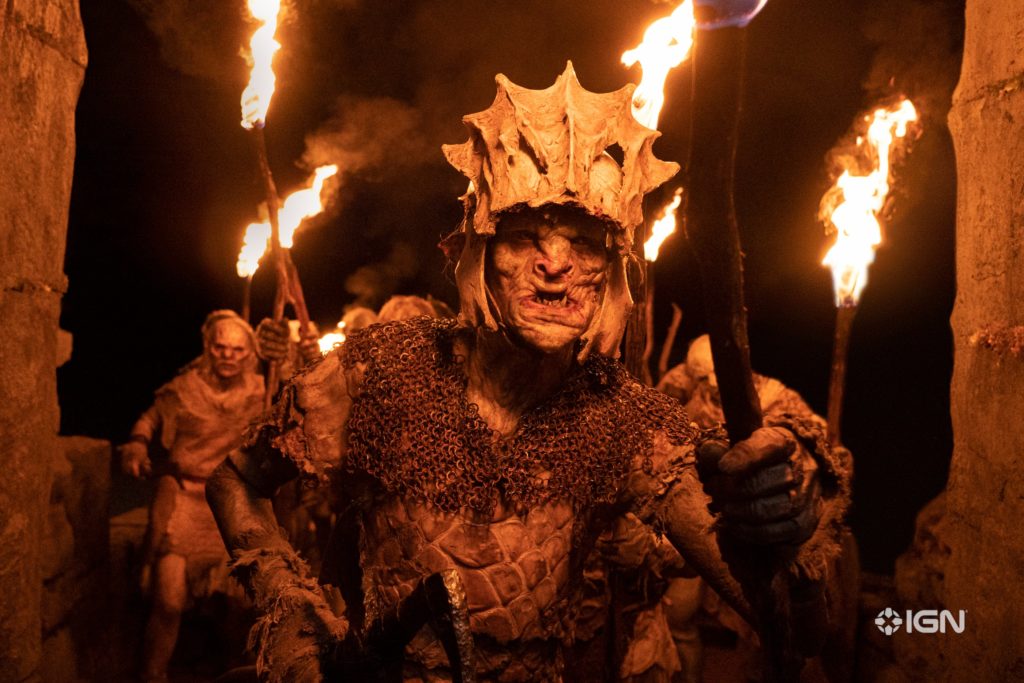 We are at the end of our journey inside the first images of the orcs in The Rings of Power. The thing that can certainly be noticed, beyond the tastes and preferences, is that Amazon’s work towards these people has been painstaking and extremely refined. The return to the prosthetic and practical effects will be a big strength for the show, and the realization of the orcs- which convinced many, has rekindled the enthusiasm of even the most skeptical. We can’t wait to see them in action on our screens, with the hope that the product, as a whole, can give us the vibes of Middle-earth again.

Amazonlord of the ringsLOTRonPrimeLOTRROPThe Lord of the Rings: The Rings of Power
Share 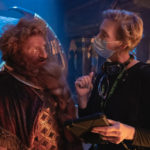 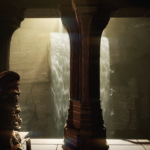 The Lord of the Rings™: Return to Moria™