Fellowship of Fans > News  > What Do We Know About The Show?

What Do We Know About The Show?

This official title reveal was just that. A special moment, but it’s simply a title reveal. This was not to be deemed a teaser or teaser trailer. Those are still to come. There had been discussions online about how much CGI was used to create this title reveal. We now know that this title reveal had no CGI involved. IGN has more on it and the behind the scenes video can be found below:

The release date for the show to premiere on Prime Video is September 2, 2022. The tweet from the official account sharing this can be found below, which also includes the first image of the show:

This character featured alone in this image is Finrod Felagund, who happens to be Galadriel’s brother.

EXCLUSIVE: The Character in the image released by @LOTRonPrime is "Galadriel's Brother"- Confirmed

It seems like due to the prevelance of the character, that it is most likely Finrod Felagund

The show’s synopsis is as follows:

Amazon Studios’ forthcoming series brings to screens for the very first time the heroic legends of the fabled Second Age of Middle-earth’s history. This epic drama is set thousands of years before the events of J.R.R. Tolkien’s The Hobbit and The Lord of the Rings, and will take viewers back to an era in which great powers were forged, kingdoms rose to glory and fell to ruin, unlikely heroes were tested, hope hung by the finest of threads, and the greatest villain that ever flowed from Tolkien’s pen threatened to cover all the world in darkness. Beginning in a time of relative peace, the series follows an ensemble cast of characters, both familiar and new, as they confront the long-feared re-emergence of evil to Middle-earth. From the darkest depths of the Misty Mountains, to the majestic forests of the elf-capital of Lindon, to the breathtaking island kingdom of Númenor, to the furthest reaches of the map, these kingdoms and characters will carve out legacies that live on long after they are gone.

It was originally reported by TheOneRing.net and then confirmed via the show’s official social media account afterward.

We’re just as excited! Here’s to visiting places never before seen and old kingdoms at the height of their glory. https://t.co/uIMHpBHPQ1

The official map for the show was the first real piece of content that was made publicly by the show’s official social media presence. You can go to their official site to explore the map or download it yourself. 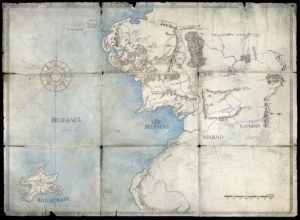 Their team’s first video dealing with anything show-related was the Writer’s Room video that aired on their youtube page on July 27, 2019, but was shared to the show subreddit page of r/LOTR_on_Prime days before that in this thread.

The show is employing composers Howard Shore and Bear McCreary. Deadline had originally reported that Howard Shore was “in talks” to compose music for the series, we reported a few hours later that they are not in talks but that Howard Shore had been contracted for months already.

The Return of the King

Howard Shore returns to Middle- Earth and this time the Second Age.

He is NOT in talks, he has been contracted for months…

Howard Shore and Bear McCreary are the 2 composers working together on #LOTRonPrime pic.twitter.com/4g8cQRnayr

If that wasn’t confirmation enough there was also this moment that was caught on Instagram before they deleted their comments: 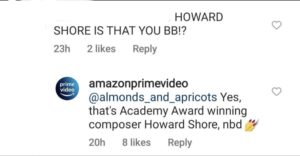 The social media links for the show can be tapped below to give them a follow and keep up to date with their latest and greatest updates.

If you have made it this far and you still aren’t sure where the find the show so you can add it to your watch list on Prime Video, the link in the US can be found here. 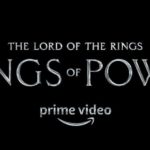 THE LORD OF THE RINGS: THE RINGS OF POWER – Official Press Release 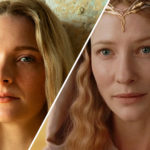 Peter Jackson and the issue of continuity: Amazon’s The Rings of Power in context