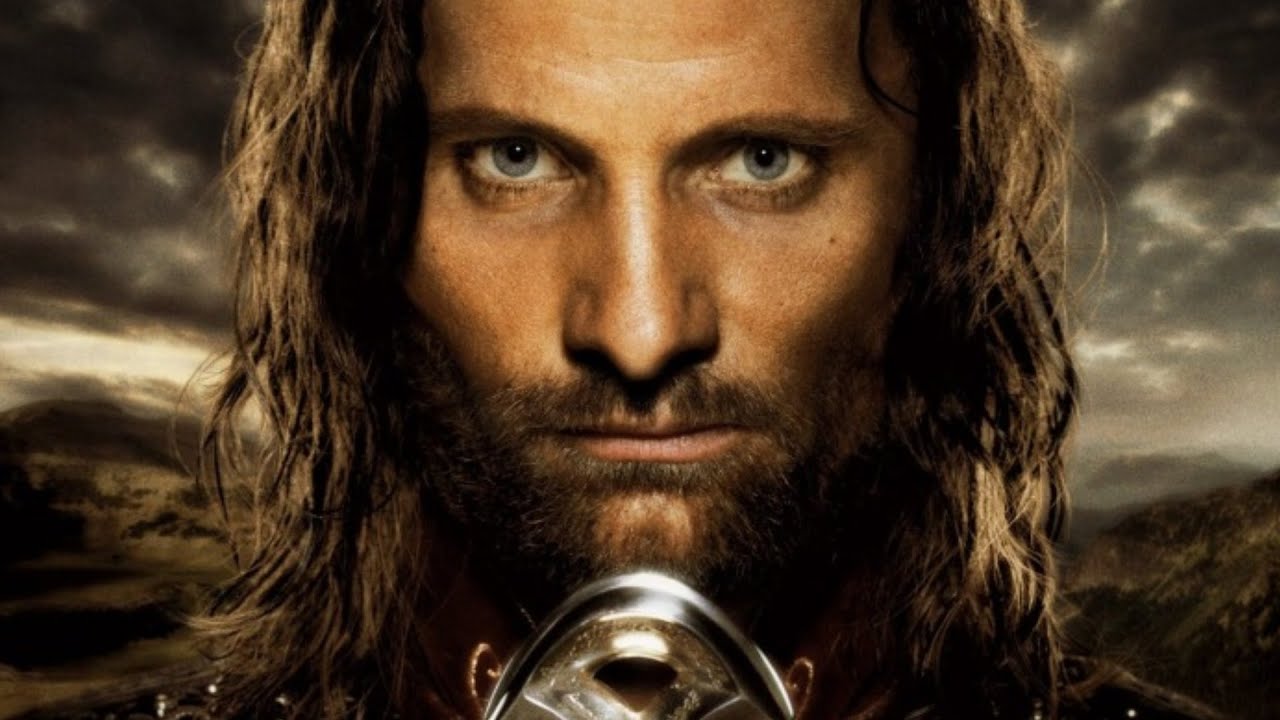 The Rights Go Ever On and On… LOTR IP Breakdown

Its been an eventful time, hasn’t it? What with The Rings of Power premiering (hey, no judgement: if you like eating red carpet, you like eating red carpet) and now there’s all this bustle about those rights! Fancy the little thing causes such a disturbance… So I thought I’d step-in to explain the rights situation. Lets start with the obvious: The rights to Tolkien’s actual writings and literary works – those reside with Tolkien’s Estate. The rights to adapt these works – for television, streaming, games, film, miniseries… those are where it gets tricky.

Tolkien – that is JRR, not Christopher – sold the rights to make a film adaptation (or a miniseries of under eight episodes) of The Hobbit and The Lord of the Rings (including the appendices) in 1969. Those were sold in perpetuity: all the Tolkien Estate get off of those is a small precentage off the gross of any resulting adaptation. These rights were sold to the Bernie-Katzka production company and the distribution studio United Artists. With it they also acquired first bidding at the television rights, which went nowhere: you figure that if the prospect of ever adapting The Lord of the Rings to film looked daunting in 1969, the prospect of adapting it to Television would seem like science fiction.

But United Artists did get the film rights which…also went nowhere, actually. Not for a lack of trying: The Beatles looked over them but lost interest, and both Sir Peter Shaffer (yes, THAT Peter Shaffer!) and Sir John Boorman (yes, THAT John Boorman!) gave it their best shot, but no cigar. The Rankin/Bass TV Specials (they’re not movies) were actually made regardless of this, exploiting a loophole in the US publication of Tolkien’s books that temporarily made them public domain States-side.

Then came Ralph Bakshi, who after a fashion brought with him a big-shot: Saul bloody Zaentz was a producer who made a few films you may have heard of like, Oh, I dunno, One Flew Over the Cooku’s Nest? And this biopic of one Amadeus? Oh, and this business about an English Patient, I think… eh, go figure. For these little heard-of movies, he may or may not have won four Academy Awards – the most of any independent movie producer alongside Lawrence of Arabia‘s Sam Spiegel. In other words, “Another pezzonovante!”

Anyway, in comes Mr. Zaentz into United Artists and buys the rights to The Lord of the Rings for Bakshi and a part of the rights to The Hobbit: to this day, Saul Zaentz’ Estate (he passed in 2014) has the rights to make a film adaptation of The Hobbit but NOT to distribute it: those rights stayed with United Artists and their later parent-studio, MGM. That studio’s financial woes were the reason The Hobbit came out in 2012 instead of circa 2010, and they were only truly resolved with its recent sale to Amazon. But given that The Hobbit was ultimately made into a motion picture, these distribution rights are not very significant going forward: They certainly do not – as erroneously reported – entail the rights to use the term “Hobbit” or anything of the kind.

So, Bakshi makes his film (which I’m quite fond of, by the way) and starts working on the sequel but quits. Zaentz is left with the rights and…he sits on them. Why? Beats me: Bakshi’s film turned in a decent profit. Big studios and high-profile filmmakers were interested in it in the early 80s (George Lucas’ name is usually thrown around in discussions on this topic) but Zaentz wouldn’t budge. Actually, he was approached by Boorman who wanted to revive his old script, but Zaentz wanted to retain merchanising rights which blew the deal with Orion and that was that.

Eventually, Zaentz was convinced by Miramax – yes, that would be Harvey Weinstein – to extend the rights to him to make a film or two with this young Kiwi filmmaker, one Peter Jackson. It took a while, but Zaentz owed Harvey for rescuing this English Patient film of his, and so off they went making a film…except they didn’t, because Harvey’s cash dried-up at $75 million and the movies were going to cost…well, A LOT more. So off the project goes on a turnaround and New Line, recently bought by Warner Brothers, takes it up. Harvey (and his Disney overlords) get a precentage but they don’t have any actual say in the future of the series.

So, just to recap: the rights to make a film adaptation of The Hobbit and The Lord of the Rings – including the appendices – belongs to Saul Zaents and his Estate and is extended to Warner Brothers to make what ultimately turns out to be six films coming-up on seven: 3 x The Lord of the Rings, 3 x The Hobbit, and 1 x The War of the Rohirrim, the upcoming animated film, based on the appendices. MGM gets involved with The Hobbit because they own the cinema distribution rights to that book. There’s also a fine biopic of Tolkien made by Fox (pre-empting one Warners had in development, actually) but that’s totally separate.

Now, these six movies make some modest $6 billion at the box office. Oi gevalt, screams film industry, and the Tolkien Estate answers: in 2017, a bidding war starts for those pesky television rights, and Amazon lends them. So now we have a schism: The cinema rights belong to Saul Zaentz Estate and and are extended to Warner Brothers; the television rights now belong to Amazon. Capisce?

Amazon proceed with this little television – actually, no, wait that’s wrong – this little streaming series called The Rings of Power, also based on the appendices but on the strength of their teleivison rights. Suddenly Middle Earth is back, baby! Warners proceed with The War of the Rohirrim (which, I mean, hell yeah!), multiple games go into development and…Saul Zaentz’ Estate put the rights up for sale. Huh, didn’t expect that one. Rumour has it Amazon wants to pounce on those rights, but that talks quiets down when the Estate goes back into mediation with Warners and the nothing new is heard on the topic for months.

Now, suddenly Embracer Freemode (who?!) purchase those rights. Yeah, appearantly its this big Swedish corporation – who knew?! One figures Amazon had their hands full of Middle Earth-making and that the cinema rights to books that have been adapted succesfully in very recent memory were not so appealing to them. At any rate, buying the cinema rights does not mean buying the rights to the pre-existing movies: those rights remain with New Line cinema, who have some sort of undefined partnership with Amazon.

At the moment, Warners seem unpertrubed: it appears Embracer (again, who?!), who own no major film distribution company, have every intention of “collaborating with both existing and new external licensees” and, according to TheOneRing.net’s Demosthenes, this includes Warners. Indeed, all the Saul Zaentz Estate really did was hand over their Middle Earth Enterprises firm – lock, stock and Elvish barrel – to Embracer (WHO!?!). It just means now Warners need to deal with Embracer (W-H-O!?!) instead of with the Saul Zaentz Estate. Big whoof.

Embracer (W-H-O!?!) do seem keen on putting new Middle Earth film productions into development, although I’d take preliminary executive talk about an “Eowyn movie” or a “Gandalf movie” with a pinch of salt, and maybe some olive oil, balsamico and bruschetta for good measure. Polygon asserts, probably very correctly, that Embracer – a firm primarily involved in gaming, I’m told –  “may well regard the gaming rights” – not the film rights – “as the jewel in the crown of this deal.” For now, we have The War of the Rohirrim, and as long as they’re not going totally off-books, there’s only so much film-worthy material in the appendices.

Historian and perpetual Wagnerian, I had discovered the Lord of the Rings along with Tolkien’s other, multifarious writings after the release of The Fellowship of the Ring in 2001. As an avid filmgoer and writer, I take a particular interest in adaptations of Tolkien’s works – past, present and future, realized or otherwise – and participate with Fellowship’s podcasts in that capacity, researching and discussing the Amazon show.

Looks like we will have to do 2 sets of polls😅🙌 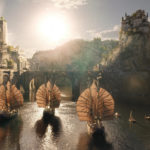 An Introduction to the Second Age